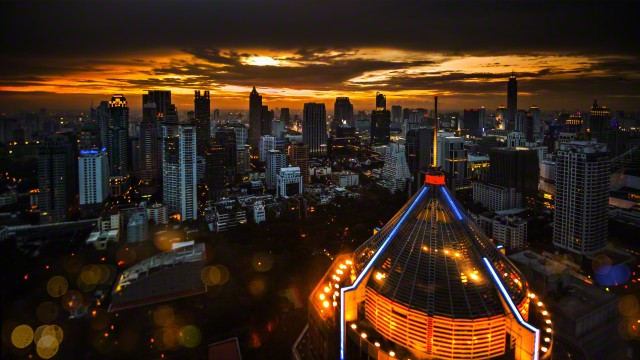 The Treaty of Amity and Economic Relations between The Kingdom of Thailand and the United States of America was signed on 20th of March 1833. Thai foreign Business Law stipulates the restriction not allowing foreigners to conduct some specific businesses; therefore, it usually becomes a barrier for many foreigners seeking an opportunity to conduct a small or middle size business in Thailand.

Under the Foreign Business Act B.E. 2542 (“FBA”), it is quite difficult for a foreigner to have 100% ownership over the restricted business unless applying for incentives and privileges  under BOI. As a general rule the maximum ownership that foreigners could have in their business is 49% since the company having over 51% of foreign shareholders is considered as a foreign juristic person and then will be subject to the restriction under the FBA. However, those limitation does not fully apply for the American citizens due to the bilateral trade treaty between Thailand and the United States. H&P lawyers in Thailand have prepared legal comments on this Treaty and the advantages of United States citizens conducting businesses here.

One of the longstanding trade treaties between Thai-USA is the Treaty of Amity and Economic Relations. As we said before this Treaty was signed on 20th of March 1833 in the city of Bangkok, aiming to promote both military and economic relationship between the two countries. Under the Treaty, Americans individuals or entities are treated equally as the Thai nationals. They are allowed to conduct the restricted business, except the following activities:

5.) Exploration of land/ other natural resources

This Treaty governs the rights to American citizen to fully own the business in Thailand. This means they American citizen will be not be subject to the 49% limitation. However, to enjoy the privileges under the Treaty, American is required to comply with the procedures specified in the FBA. Under section 11 of the FBA, the foreigner who has the rights under the treaty and intends to operate the restricted business under the FBA, must submit the application to the Department of Business Development to obtain the certificate before the business operation.

Who has the rights under this Treaty?

The American individuals and American juristic person which is incorporated under the law of Thailand or the United States. However, in case of the juristic person, that entity must have the American citizen as the majority shareholder (over 51% of the shareholder must be American) as well as the director which over 51% must be Thai or American. Besides, the authorized director cannot be the nationals of any third country. In case there are more than one authorized director, the majority must be only Thai or American.

1.) Application to obtain the certificate under section 11 of the FBA (Form Tor.6).

3.) Letter declaring the ratio of Thai and foreign shareholders, and the type of the shares hold the foreigner.

4.) Certificate of the applicant’s nationality which must be issued by the US Embassy.

5.) Letter explaining the detail of business to be applied for the certificate.

How long the process will take? And How much government fees you need to pay?

Typically, the process will take not over 15 days upon the completion of the required documents. The Fee is approximately 22,000 THB.

If you need legal advice on setting up a business in Thailand under the Thai US Amity Treaty, please contact our Bangkok lawyers at [email protected]