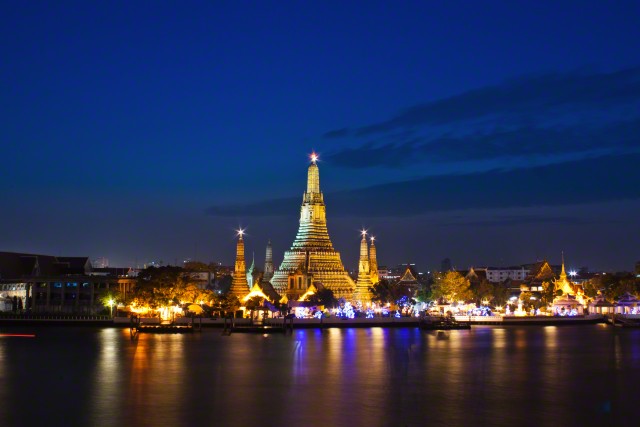 The typical first step of a commercial dispute is to submit a case to the court for its resolution. Since the court proceeding shall be conducted in an open court, It makes difficult to keep confidentiality when submitting a case to the Court. Another aspect to consider is that due to the multiple steps ina court proceeding in Thailand, the timeframe to obtain the compensation will not be ruled fastly.

Taking in consideration the two aspects highlighted above, H&P lawyers would like to point out that arbitration is nowadays a solid alternative in Thailand to dispute resolution because the entire arbitration proceeding, the statement of claims, the statement of defense, documents, evidence, hearings, orders, and awards are totally confidential.

In Herrera & Partners law practice in Thailand, we see gradually a larger number of commercial agreements including dispute resolution mechanisms such as arbitration, specially in contracts binding subcontractors with main contractors due to the confidentiality that provides the arbitration versus a public court proceeding.

The system of appointing an Arbitral Tribunal in Thailand

In the case where a party commences any legal proceedings in Court against the other party in respect of a dispute which is the subject of the arbitration agreement, then the party against whom the legal proceedings are commenced may file with the competent court, a motion requesting the court to issue an order to stop the case, enabling that the parties may proceed with the arbitral proceedings.

But if none of the parties file with the competent court to issue this order, the result will waive the force of the the arbitration clause/agreement implicitly. Therefore the Court can continue with the case and the party can not use the arbitration agreement come into force again.

The jurisdiction of the Arbitral Tribunal

The arbitration clause, which forms part of a contract, shall be treated as an independent agreement of the main contract. If the arbitral tribunal rules that the contract is null and void, this shall not affect the validity of the arbitration clause. If the party wants to express its doubts on the competence of the tribunal, then this will be raised no later than the date of submission of the statement of defense.

The parties will be treated with equality and they will be given a full opportunity of presenting the case following the circumstances of the dispute. H&P lawyers find that a typical question from our clients involved in arbitration proceedings in Thailand is on the prescription timeframe. Regarding the settlement of the dispute by arbitration, it will be deemed that a dispute is submitted to arbitration so the prescription is interrupted by law.

Key legal comments on the termination of Arbitration proceedings in Thailand

The arbitral tribunal must decide in accordance with the terms of the contract and shall take into account the trade usage applicable to the transaction.

Any awards, orders, and rulings of the Arbitral Tribunal shall be made by a majority of the votes. If a majority of votes cannot be obtained, then the chairman of the arbitral tribunal shall solely issue an award, an order or a ruling.

Challenge and opposition of the Award and ruling

Recognition and enforcement of Awards and rulings in Thailand

The arbitral award, with independence of the country in which it was made, will be recognized as binding on the parties, and upon petition to the competent court, will be enforced. The party who is seeking enforcement of the arbitral award has to apply with the competent court within three years from the day that the award is enforceable. In the case where an arbitral award was made in a foreign country (not Thailand), the award shall be enforced by the competent court only if it is subject to an international convention, treaty, or agreement to which Thailand is a party. Thailand is a party of the New York Convention, so the award can enforced which another jurisdiction that is a party ot member in this convention.

On the appeals of the order or judgment

Recently it has been estipulated that the arbitration proceeding, hearing, or any award, decision, or other communications can be done using video conference or electronic meeting according to Regulation of the Thai Arbitration Institute on Criteria for the Use of the Electronic Arbitration (E-Arbitration) System B.E. 2563.

If you need to consult with a lawyer in Thailand on arbitration and alternative dispute resolution mechanisms, please contact H&P at [email protected]